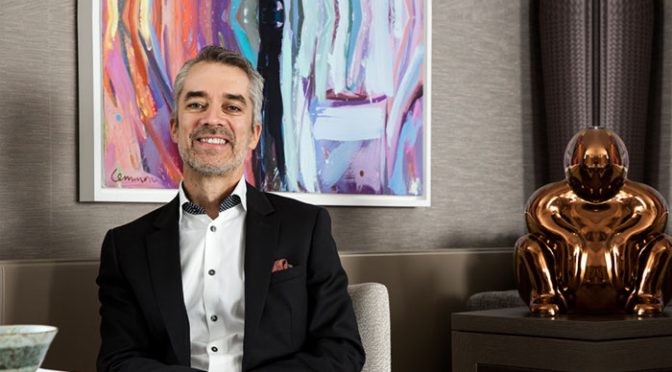 When René Dekker moved to the UK from South Africa (originally from The Netherlands), he was thrilled with his career choice in interior design and the considerable experience he had already gained as an interior architect. “Although I had a two-year higher diploma, I had made some wonderful contacts in the industry. At the time, I would have said that this tenacity would get you everywhere, but that was 20 years ago. Now a qualification is paramount,” he says. “There are a limited number of jobs with far too many people applying, so the more qualified you are the better.”

As René started to climb up the industry ladder, it soon became clear that his skills and ambition were going to need a large arena in which to grow. “I had been employed as Head of Residential Interior Design for several years at a large architectural practice, and although the role was challenging and the environment was great, I wanted to own my own future. My business partner, the Financial Director, had suggested a few times that I go solo but I resisted. Eventually I faced up to the fact that the move would be for the better.”

“I'd always thought there was more security in self-employment than simply being an employee, because you are the master of your own destiny. Providing you remain focused on projects and opportunities, you will always have work. If you are employed by someone else, you tend to rest on your laurels and when work dries up, you can easily be given the boot.” 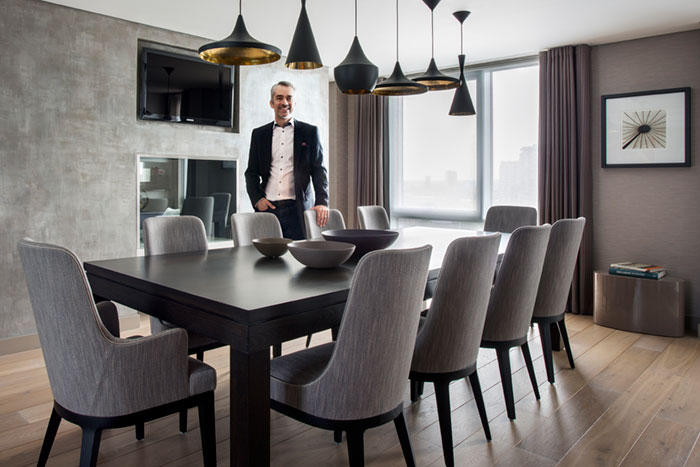 The change came in December 2011 when René decided to start his own interior design firm. “When we were in the process of starting the company, the state of the economy was not great, but we were offered quite a big hotel project that would see us through the bad times. It was a great motivator to leave full-time employment and that really kick started the process – it was thrilling!”

After that, things quickly snowballed. “I started working from home, but soon realised that I needed more space. We had seen a few options in and around London, but found nothing suitable until we saw an advert for a space in a business centre, so went to go and look. As luck would have it, we couldn't get to see the space they wanted to show us so they showed us a different studio that wasn’t yet available. I loved it – it was bright with big windows, but in a terrible condition. We waited for it to come available, rented it and set about the refurbishment on a very tight budget. We also had to install phones, a computer network, buy equipment and stationary on top of trying to work on projects – it was quite stressful, but because there were two of us, it was manageable.”

With the support from people in the industry, René was able to settle into the new role quickly. “My peers were more than happy to help where possible, which was hugely important as this helped provide useful work leads as well as boosting my morale.” 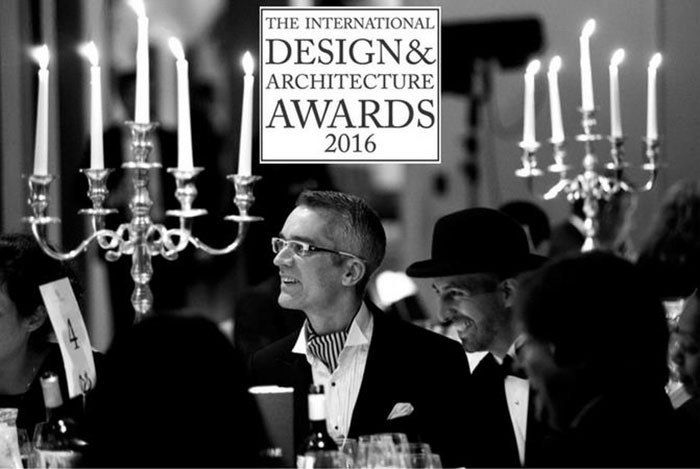 It's safe to say that, almost six years after starting up his business, René has never looked back. So what advice would he give people who want to follow the same path? “Make sure you have a one-, three- and five-year plan, and make sure you have enough money to start the venture properly. You'll need sufficient funds to get you over the bad times and, being realistic, there will be bad times.”

For René Dekker Design today though, things are going from strength to strength as René was recently voted one of Top 100 Interior Designers in the world while the studio continues to win project awards. René adds “We would like to expand to about 12-15 people, own our own office and showroom, and expand out into product design.” One might ask what the secret to his being a successful businessman comprises. “I’m not a successful businessman – my business partner tends to that side of the things. But the secret to my success as an interior designer…well if I told you, then it wouldn’t be a secret now would it?”