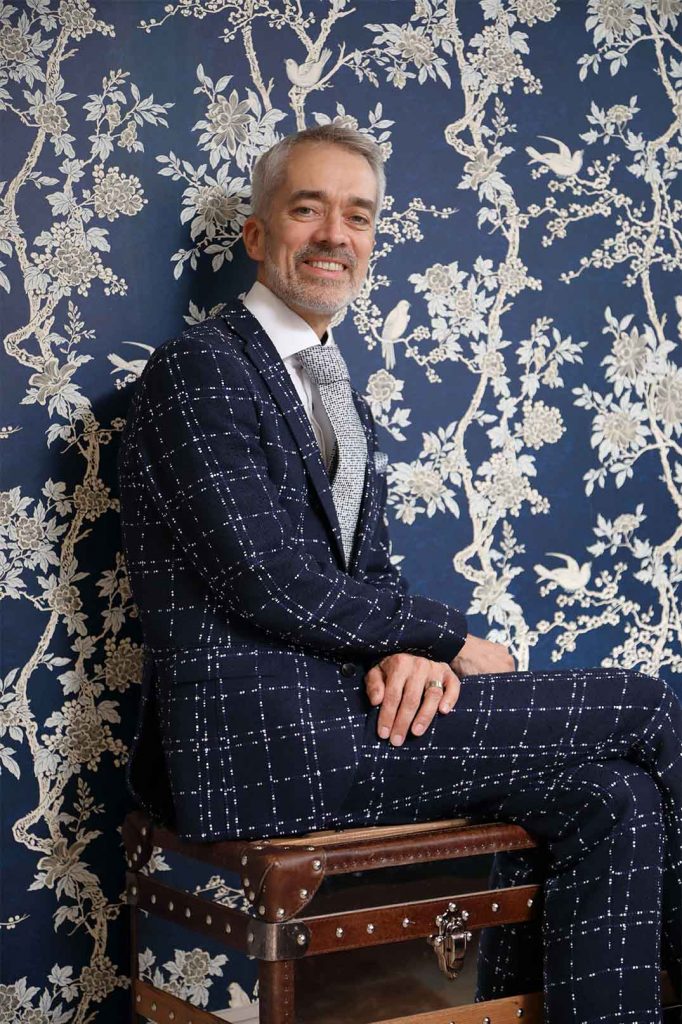 René Dekker Design is a top luxury interior design studio located in London, specializing in high end interior designs for commercial and residential projects. This leading interior design firm was born out of a philosophy and experience that has spanned 30 years. Striving to provide a comprehensive service that is tailored to each client, our dedicated team uses a considerate and detail focused approach to ensure that we meet our client’s highest expectations as well as creating award winning interior design. We have earned a reputation for honesty and integrity which provides our clients confidence in our ability to deliver an exceptional service, fabulous interior décor as well as a beautifully finished project. This committed approach has enabled us to build long-term relationships with our clients and generate repeat work. We can deliver trend setting interior design solutions for residential and commercial projects that embrace grade listed buildings, luxury homes, luxury kitchens, luxury bathrooms apartment design, luxury yachts and hotels.

Headed by award winning interior design expert and interior architect, René Dekker, this internationally acclaimed luxury interior designer is known for providing the ultimate luxury brand. His work transcends the ordinary and rewards with opulence and glamour. With a skills base and expertise that cover the entire spectrum of luxury interior design, architecture, development and deliverability, we can create spaces that embody pure luxury and achieve uncompromising style.

Born in the Netherlands and enjoying a childhood on the Channel island of Guernsey, René spent his adult years in Cape Town where he later studied interior design. After graduation, he stayed on at the college for a further 5 years as the first year course director and then in 1995, started his own practice which later blossomed into a large interior design showroom located in London in the heart of the furniture district.

In 1999 he relocated to the UK working initially for some of the most established luxury interior designers in London. These first four years gave him the grounding to produce luxury interior designs and gain the professional etiquette that international projects required. In 2003 he embarked on his second stint in a solo career, operating from the Old Imperial Laundry in Battersea. The first interior design projects in London were small, starting with a studio in Covent Garden for a third generation Chinese client, but progressed after only one year, to include luxe interior design for a two thousand five hundred square foot apartment as well as involvement in the upgrading of Stanford Hall, a grade listed Queen Anne estate in Lincolnshire.

After two years, the opportunity arose to join a large architectural practice in West London as the senior residential designer, to create and develop a dedicated London interior design team. In seven short years, the department grew to a team of twelve, bolstering the already accomplished architectural department and providing international clients with an award winning interior design service all under one roof. Completed projects included several large homes in and around London as well as abroad as far afield as Moscow. These ranged in size from between seven to forty thousand square feet.

In July 2012, he started René Dekker Design Limited with his business partner, to provide luxury home design in London and FF&E solutions for high end interior design projects. The studio is located in Battersea with a team of 5 people including two junior designers and one senior designer.

On the commercial design side, we have just completed the first phase design of a high end, 30 000 square foot luxury spa in Cypress as well as our third restaurant design for restaurateur Martin Williams and the M brand. We also recently completed a 3 000 square foot consulting room for a top London plastic surgeon in Harley Street.

On a personal level, René has been actively involved in the BIID (the British Institute of Interior Design) where previously he was part of the Exhibitions team helping to raise the profile of the institute at various events. In the last few years he has won several major international awards, he has been published in countless home design magazines on every continent as well as appearing in several published books and in 2017 was featured as one of the UK’s top 50 Interior Designers. He has guested on design related programs on Sky as well as ITV and he has been involved on the judging panels for the Best in bathroom categories for the KBB Review Awards as well as for RUGMARK UK. René was a guest speaker at Decorex International and 2015 saw him offering a free design service and fabric sponsorship as part of the MacMillan Cancer support celebrity auction.

We are often asked what makes René Dekker Design one of the top London interior design studios. It’s a combination of several fundamental philosophies, so many of which can be implemented easily with others being a culmination of many years of design experience. Firstly you require the knowledge and this is made up from the combined principles of interior design. It is the Planning, the Finishes, the Manufacture, the Details and the Dressing. These are the five stages that make up a successful and high quality interior design project, ensuring a smooth and clear program from which to work.

Planning underpins the principle of a great project, without it, it is doomed before it starts. Planning includes the review of luxury house plans followed by sketching and drawing, sourcing and detailing, listing and research. Planning will help to create a balanced and well-rounded design project, it will reduce the risk of mistakes and above all it helps everyone on the team from the builder to the client, understand what the finished product will look like. Confucious once said “A man who does not think and plan long ahead will find trouble right at his door.” Then there are the finishes, these are what will set the project apart from others, they are the magic that will transform the ordinary into the opulent and they will be the dinner party conversation of the future. Finishes bring out the life in the design project, they will turn the mundane into the exciting, eagerly waiting to be discovered and enjoyed. There are numerous ways to achieve a sense of luxury in your interior. Raw silk, sheer voiles, lacquered wood, pitted polished plaster, patinated metal and stitched leather are the components that make up the symphony of luxury house design. For any project to be successful, seamless and easy going, it is paramount that every link in the supply chain understands each other at every point. René Dekker Design Limited has a long history with many of the best tradesmen and craftsmen in the UK, artisans who have honed their craft to perfection and who understand the essence of what luxury interior design quality demands. From builders and joiners to upholsterers and curtain manufacturers we can effortlessly put together a team that will suit every design project. The devil is in the detail; it defines the work and sets it apart. Stitching on leather, shadow gaps, bronze trim or cross banded veneer will make just that little bit of a difference to an item that would otherwise be utilitarian. It will turn a chest of drawers into an artwork or a dining table into a conversation piece, it will never disappoint!

Dressing is the final stage in the design process, this is where the long months of planning magically come together to create the ultimate luxury interior design scheme. Like the other stages, this one is equally well planned, where the order of works ensures a smooth installation. Art and accessories are chosen as part of the proposal and carefully placed for optimum results. René Dekker Design Limited has many years of experience in this field and our history with suppliers ensures that the clients benefit from the best possible trade prices. View our Portfolio and Project Galleries to enjoy luxury interior design photos and get high end interior design ideas and inspiration.