A symphony of reds, this would be anyone’s dream project! The client loved the cinema at the Soho Farm House and wanted this as his inspiration. Our first job was to design the architecture of the space which included, creating several levels, adding recessed arches to the walls and back lit columns all which would define the space and make it moody and exciting. Old public cinema images defined the direction even further, inspiring the scheme to make use of columns & arches and ‘rusty’ finishes as well as velvet drapes. The AV consultant on the project produced the technical specification for the sound insulation as well as the kit which included a 6m wide screen, approx. 20 speakers and a rear projector. RDD produced a lighting concept which included floor up-lighting, LED recessed into the steps and individual table lights for each seating group. Our scheme included gaufraged velvet panels on the walls in the arches, brass/gold details, faux vintage carpet and textured wall coverings. With a few tweaks and changes, the final design incorporated a rich silk effect red carpet and oodles of red velvet. We designed and ordered ‘couples’ double sofas and wing chairs all in velvet and leather, a working popcorn machine and further furniture from Soho Home. 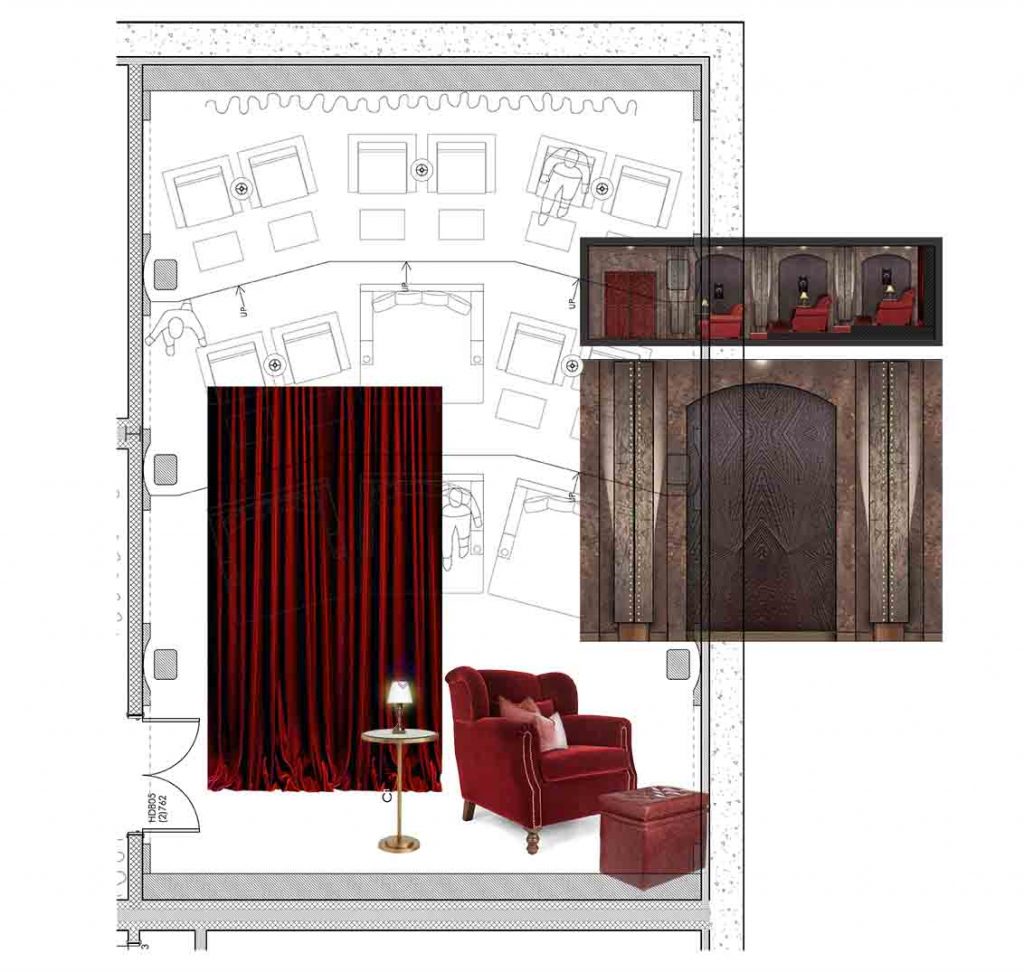 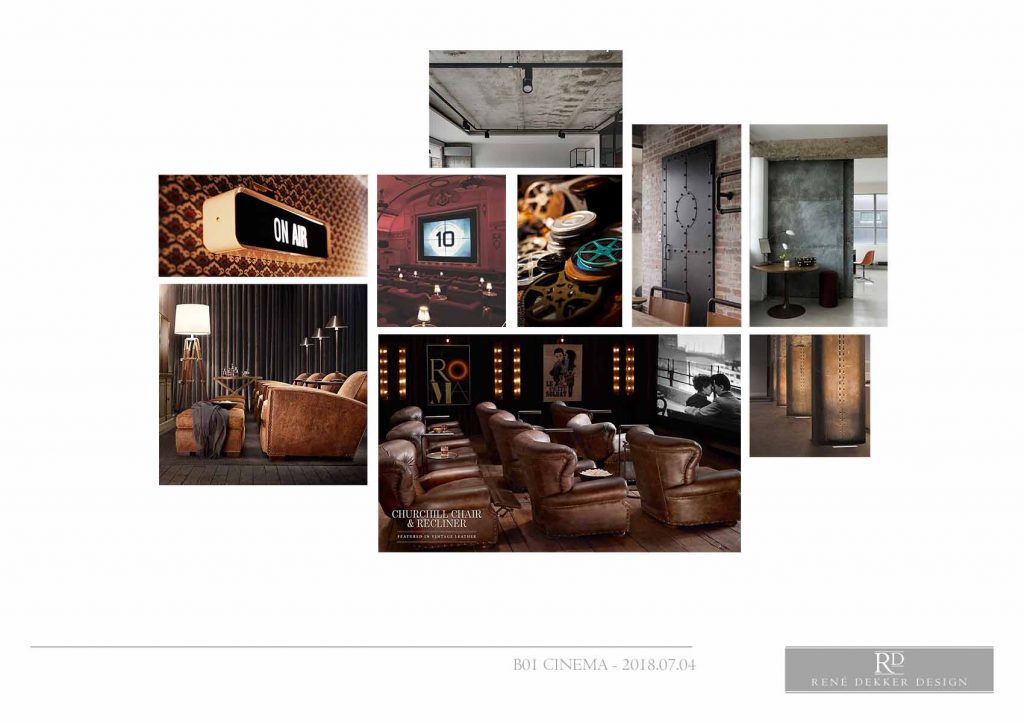 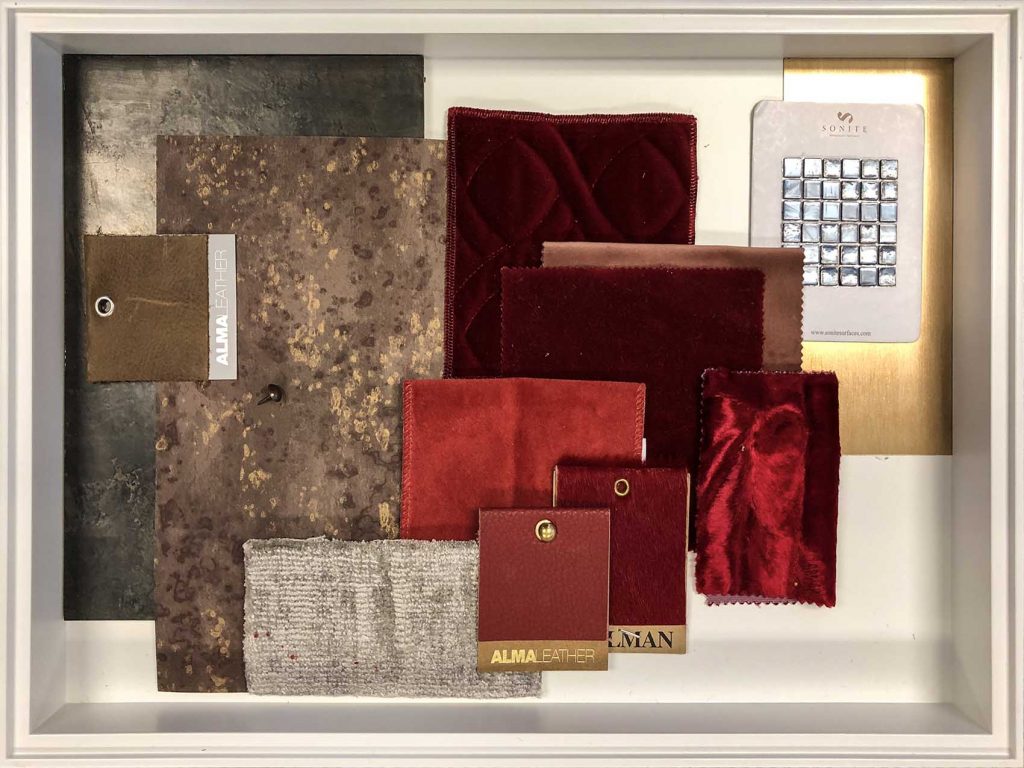 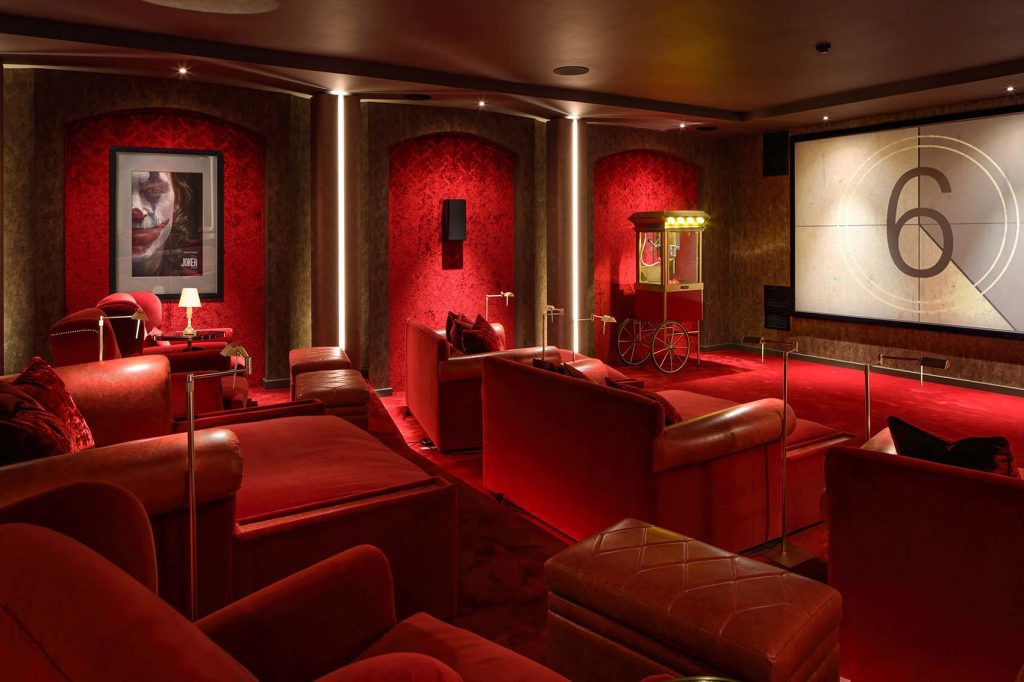