This is the second restaurant that top London interior designers, René Dekker Design have done with London restaurateur Martin Williams. One of the main reasons behind the client’s choice of interior designer is the fact that the René Dekker Design studio is better known for residential work and not for hospitality or commercial interior design. The client was looking for a fresh approach with someone who would not rely on traditional finishes and methods to achieve the ‘usual’ decor but who could blur the line between residential and commercial work.

The project is located on the ground and lower ground floor of a new build venture on London’s Victoria Street in a building that comprises of a mix of commercial and residential spaces. Development here has achieved a new premium and has finally brought this largely under developed corner of central London up to the standard of its neighbours. The assignment was actually made up of two individual and unique projects, one being the destination M Wine shop which covers the ground and mezzanine floor and the other, the new M Restaurant which is spread over 3 units at lower ground level. The better part of the developmental process for the project involved detailed planning and designing to incorporate all of the client’s ideas. In the wine shop this included different areas of the double volume space to house various types of wines. The client also wanted a chic but laid back wine tasting area located on a mezzanine floor as well as a 32 foot ‘wine wall’ that rises from the restaurant floor all the way to the ceiling of the shop; and all of this had to work around the large centrally located staircase.

In the restaurant the client wanted distinct areas for the different food offerings as well as private dining rooms, a private members Den and a destination cocktail bar. Further planning and commercial interior design by René Dekker and the team included working with the developer’s engineers to create the bespoke shape of the floor cut out for the stairwell, addressing the weight restrictions of the two storey wine wall, as well as the integration of a myriad of M&E services that had to be incorporated within the ceilings and joinery. Lighting design also played a large part in this project and award winning interior designer René Dekker made the most of every opportunity. Where possible, niches, plinths and behind the banquette seating were all illuminated to maximum potential. Apart from the double storey wine unit and the polished plaster wall, the interior decor on the lower ground floor is quite different to the wine shop but still incorporating some white and copper. The schemes in the various areas make use of much darker and richer tones including teal in M Raw, orange and brown in the private members Den, dark timber in the private dining room and dark mint in M Grill.

At the bottom of the stairs you are met by the reception pedestals and a chain curtain backdrop printed with a Thomas Wolski design. At the rear of the space is the bar, faced in a shiny white décor panel with white stone top integrated with distressed copper panels. Behind that is the specially designed drinks display which works its way upwards and across the ceiling allowing the bottles to seemingly float in space. The backs of the units are mirrored and backlit to give it a special effect.

To the right of the bar is the first of the two private dining rooms, a semi private space which can be closed off with the use of some bespoke laser cut screens and seats up to 12 people. The décor includes a feature flock patterned wall in black, further walls in faux teal eel skin and light grey suede banquette seating.

Along the far wall is M Raw, which has a distinctly Zen feel. There is tall banquette seating upholstered in patterned suede which is topped by large oak panels with copper inlay. Opposite this is the 9m long ceviche bar with its beaten copper front and Paonazzo marble top, able to seat 18 people. At the end of M Raw is the large private dining room, an exercise in luxury interior design. The room needed to be different to the rest of the restaurant, a surprise to those who entered. It has a distinctly architectural feel with its angular shape, sloped ceiling and timber panelled walls and so to create even more interest, the angle of the timber planks was changed on each wall and illuminated copper niches were added to house a collection of ‘big boys toys’. The feature wall is hung in a single piece of wall covering depicting distressed Victorian wall paper and the coffer ceiling is finished in distressed copper.

Behind the main bar is the private members den, a space that can house up to 50 people for private parties or presentations. The interior design scheme here is in rich tans and oranges offset by a dark wall covering with a copper paisley design. There is a small feature bar upholstered in faux lizard skin and topped with striking black and gold marble and the ceiling is covered in a rich dark copper wall covering. To the right there are illuminated private bottle lockers with the main space dominated by the ‘Hermes’ themed banquette and loose seating arrangement. There is a mini cinema for 6 people where patrons can watch a film with the aid of wireless headphones and the main flooring is a bespoke random Amtico design.

The WCs are again a surprise feature with unexpected decoration. The ladies walls are hung in a 3D flower vinyl in dark greys and blacks with the cubicle doors are in black with white mouldings. The bespoke vanity has a black and white marble top with copper glass basins and black taps. In the men’s WC, the walls are hung in a copper and black vinyl with a David Hicks design; and again are complimented by a black and white marble vanity with copper basins and black taps.

Finally, this award winning scheme includes M Grill. This is the piece de resistance, decorated in deep mint greens, dark timber and rich velvets. On the ground level there is bespoke banquette seating with further loose table and chairs all placed on the faux concrete tiles. On the upper level, the walls are hung in a grey ‘stone’ wall covering with seating booths lining one long wall. Each booth is framed by stunning mint velvet curtains which hang from a bespoke backlit cornice. The floor is laid in a specially designed carpet inspired by the client. The coffer ceiling is papered with a distressed copper vinyl and two contemporary pendants complete the scheme. Bespoke waiter stations are nestled discreetly in optimum positions and there is an ‘aging’ wall where aficionados can choose their prime cut of meat and discuss the preparation with the head chef. 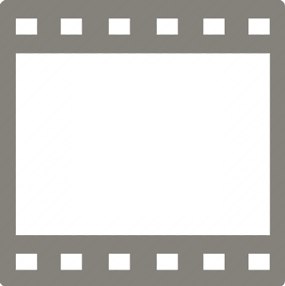 ×
Your browser is out-of-date!

Update your browser to view this website correctly.Update my browser now